Welcome to Apple Grove, Illinois!
The Little City with a Big Core 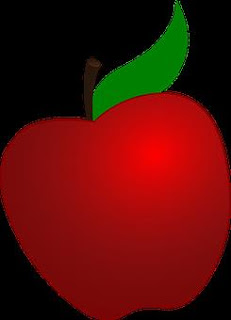 Join us for Apple Fest, the last full weekend in September.
This website is undergoing continual upgrades. Check back for updated information.

History
Apple Grove was founded in 1837 rose and grew along Founders River, a stream that erupted from a natural spring about four miles north of town. At one time it had served its purpose by washing with enough force down an incline that it was deemed sufficiently powerful to operate the wheel of a gristmill. John Chapman, better known as Johnny Appleseed, visited the area on his missionary seed-planting journey when he traveled all the way to see the Mississippi River, and is believed to have planted the first apple grove that gave the city its name. Apple Delight, an international apple production company, maintains the orchards. At its height, Apple Grove had a population of over 10,000 with two shoemakers, four dress shops and milliners, a cigar factory, tinsmiths, two liveries, medical services, funeral parlors, as many as eight saloons, a very fine school, and ladies’ secretarial academy, besides the mill and orchard. As with many frontier communities, Apple Grove undertook a safety system to provide a shelter for businesses and its citizens in times of natural and man-made disaster by digging a system of tunnels beneath the main avenues of the city. They have since been deemed a danger and closed.
Welcome to Apple Grove, Illinois, the Apple of Illinois’s Eye. 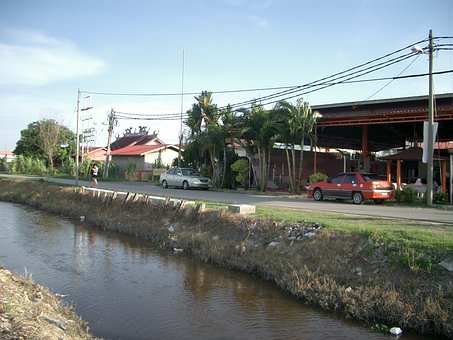 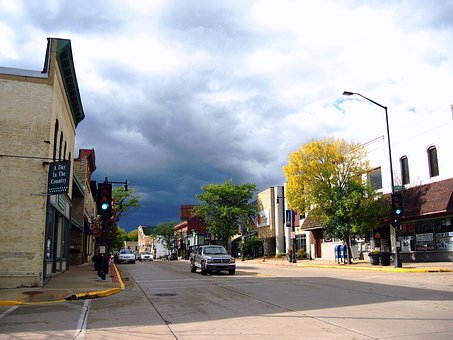 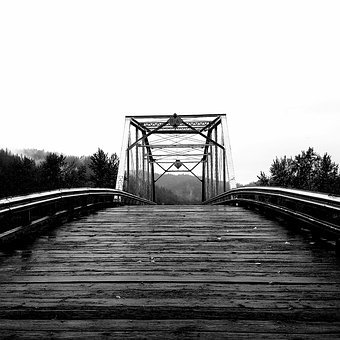 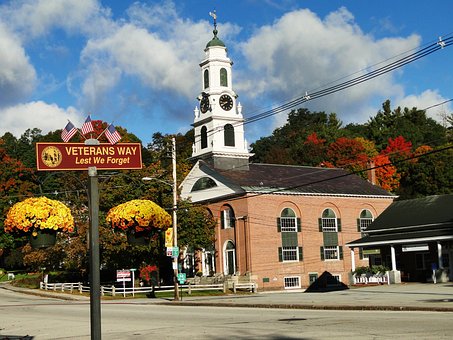 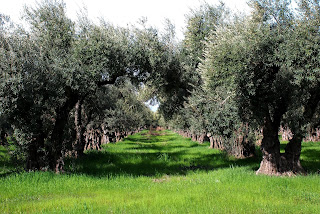 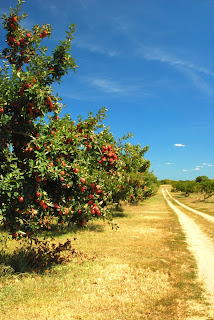 The Apple Grove Fire Department is responsible for providing an efficient and effective delivery of fire, medical, rescue, and life safety emergency services within city limits. The Fire Department also strives to improve the quality of life for residents by providing public education, annual flushing and flow testing of the cities hydrant system, pre-fire inspections and conduction of fire drills.

The primary goals of the Fire Department are to:
Reduce and prevent the loss of life and property damage
Improve the outcome of patients
Quickly rescue trapped victims
Protect the environment from destruction

Police – Chief Gene Hackman, Cindy Evans – dispatch, Coroner – Ella Moon
510 Main St.
Emergency: 9-1-1
Our mission is to serve and protect all residents and visitors. The best way to combat crime is to prevent it, Further, this department believes that effective crime prevention and law enforcement is based on mutual trust and respect between the members of this department and those we serve and protect. Our main goal is to contribute to the quality of life.
Post Office 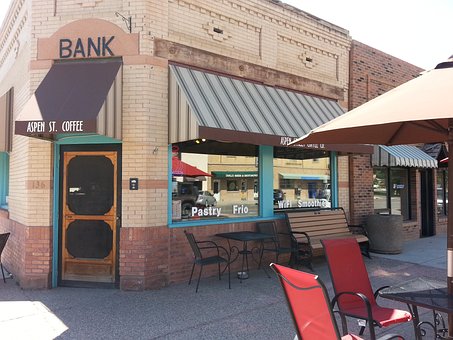 Businesses
The Apple Grove Chamber of Commerce is located at 212 Main Street. Quarterly meetings are held the last week of March, June, September, and December. A county guide to member businesses can be obtained at the office and at our very fine member establishments. 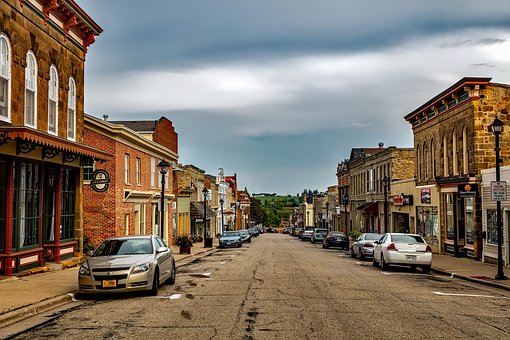 PREFACE
This Code is a codification of the ordinances of the City of Apple Grove of a general and permanent nature. As expressed in the Adopting Ordinance, the Code supersedes all such ordinances not included therein or recognized as continuing in force by reference thereto.
The chapters of the Code are arranged in alphabetical order and the sections within each chapter are catchlined to facilitate usage. Footnotes which tie related sections of the Code together and which refer to relevant provisions of the state law have been included. The source of each section is indicated by the history note appearing in parentheses at the end thereof. The absence of such a note indicates that the section is new and was adopted for the first time with the adoption of the Code.

Numbering System
The numbering system used in this Code is the same system used in many state and municipal codes. Each section number consists of two component parts separated by a dash, the figure before the dash representing the chapter number and the figure after the dash indicating the position of the section within the chapter. Thus, the first section of Chapter 1 is numbered 1-1 and the tenth section of Chapter 2 is 2-10. Under this system each section is identified with its chapter and, at the same time, new sections or even whole chapters can be inserted in their proper places, simply by using the decimal system for amendments.

Index
The index has been prepared with the greatest of care. Each particular item has been placed under several headings, some of the headings being couched in lay phraseology, others in legal terminology, and still others in language generally used by municipal officials and employees. There are numerous cross references within the index itself which stand as guideposts to direct the user to the particular item in which he is interested. The successful maintenance of this Code up-to-date, at all times will depend largely upon the holder of the volume. As revised sheets are received it will then become the responsibility of the holder to have the amendments inserted according to the attached instructions. It is strongly recommended by the publishers that all such amendments be inserted immediately upon receipt to avoid misplacing them and, in addition, that all deleted pages be saved and filed for historical reference purposes.

Be It Ordained by the City Council of the City of Apple Grove, Illinois:

Section 1.  That this ordinance is hereby adopted and enacted as the “Apple Grove City Code,” and shall be treated and considered as a new and original comprehensive ordinance which shall supersede all other general and permanent ordinances passed by the City Council.
Section 2.  That all provisions of such Code shall be in full force and effect.
Section 3.  That the repeal provided for in Section 2 hereof shall not affect the following:
Any offense or act committed or done or any penalty or forfeiture incurred or any contract or right established or accruing before the effective date of such Code;
(2) Any ordinance or resolution promising or guaranteeing the payment of money for the City, or authorizing the issuance of any bonds of the City or any evidence of the City's indebtedness, or any contract or obligations assumed by the City;
(3) Any administrative ordinances or resolutions of the City Council not in conflict or inconsistent with the provisions of such Code;
(4) Any right or franchise granted by any ordinances of the City;
(5) Any ordinance dedicating, naming, establishing, locating, relocating, opening, paving, widening, vacating, etc., any street or public way in the City;
(6) Any appropriation ordinances;
(7) Any ordinance levying or imposing taxes;
(8) Any ordinance establishing or prescribing grades in the City;
(9) Any ordinance providing for local improvements and making assessments therefor;
(10) Any ordinance dedicating or accepting any plat or subdivision in the City;
(11) Any ordinance extending or contracting the boundaries of the City;
(12) Any ordinance prescribing the number, classification or compensation of any city officers or employees, not inconsistent herewith;
(13) Any ordinance regulating or prohibiting traffic or parking on any particular streets or in any particular area, or specifying or designating off-street parking lots;
(14) Any or instance creating specific funds;
(15) Any ordinance relating to traffic or obstructions around road projects;
(16) Any subdivision or zoning ordinances or amendment or variance thereto;
(17) Any ordinance establishing wards or dealing with the size of the City Council.

Such repeal shall not be construed to revive any ordinance or part thereof that has been repealed by a subsequent ordinance which is repealed by this ordinance.

Section 4.  That any and all additions or amendments to such Code, when passed in such form as to indicate the intention of the City Council to make the same a part thereof, shall be deemed to be incorporated in such Code so that reference to the “Apple Grove City Code,” shall be understood and intended to include such additions and amendments.
Section 5.  That a copy of such Code shall be kept on file in the office of the City Clerk, preserved in looseleaf form. It shall be the express duty of the City Clerk or someone authorized to insert in their designated places all amendments or ordinances which indicate the intention of the City Council to make the same a part of such Code when the same have been printed or reprinted in page form, and to extract from such Code all provisions which may from time to time be repealed by the City Council. This copy of such Code shall be considered the official Apple Grove City Code.
Section 6.  That in case of the amendment of any section of such Code for which a penalty is not provided, the general penalty as provided in Section 1-9 of such Code shall apply to the section as amended.
Section 7.  That it shall be unlawful for any person, firm or corporation in the City to change or amend by additions or deletions, any section or portion of such Code, or to insert or delete pages or portions thereof, or to alter or tamper with such Code in any manner whatsoever which will cause the law of the City of Apple Grove to be misrepresented thereby.
Section 8.  That whenever in said Code or in any ordinance of the City, any act or omission is prohibited or is made or declared to be unlawful or a misdemeanor, or whenever in said Code or ordinance the doing of any act or the commission of any omission is declared to be unlawful or a misdemeanor and no specific penalty is provided therefor, and state law does not provide otherwise, the violation of any such provision of such Code or any ordinance shall be a misdemeanor punishable by a term of imprisonment of up to six (6) months or a fine of up to five hundred dollars ($500.00), or both. Unless specifically provided otherwise, or the content thereof so dictates, each day any violation of any provision of said Code or any ordinance shall continue shall constitute a separate offense.
Section 9.  That all ordinances or parts of ordinances in conflict herewith are, to the extent of such conflict, hereby repealed.
Section 10.  That this ordinance shall be in full force and effect from and after its passage, approval and publication in book or pamphlet form according to law.